I turned 28 this year. I remember turning 25, thinking it was really time for me to get myself together. Settle in somewhere, find a career, enough of this nomadic existence. Then 26 came along and I felt the same way, and the same can be said for 27 as well, only moreso. My travels didn’t stop, but they were not as freeing, feeling as though I shouldn’t be traveling anymore and if I AM traveling, it better lead me to a job. This wasn’t all bad. I lived in Dresden, Germany for a few months, learning German and falling in love with a city in a way I never had before. I also lived in Poland, taking photography classes and ending up volunteering at an English camp, where I met a number of people who would ultimately impact my way of thinking from then on (when I decided to volunteer, having a mindset shift was not in the plan, but it was perhaps the most important thing; it led me to an even bigger mindset shift a few months later).

By the time I turned 28 in May, I truly thought the pressure of finding a career would force me to get a somewhat undesirable job in hopes that it would lead me somewhere. Everyone has to start at the bottom and I’ve been avoiding the bottom long enough.

But that’s not what happened. I turned 28 and everything shifted. All of a sudden, I had so much time. My travels are not about to stop- they are really only just beginning. Except this time I’m going to TRAVEL. To really enjoy the time for exactly what it is- not a path to be found, to lead me to what I’m really supposed to be doing, but to be a wanderer of this Earth and not only accept my nomad status but to embrace it.

The decision to go to Australia was not an easy one at first. It did, however, become easy after asking myself, “In 10 years, will I regret going or not going?” That was it. I choked back tears as I sought the advice of my dad, and I’ll never forget his words: “You only go around one time, you only get one shot at this thing. If you feel like you need to do this, then that’s what you have to do.”

I didn’t know what to do, I still don’t, the difference now is that I am leaning into the unknown instead of fighting it. I write this because I know someone somewhere will relate to this, or needs to read this, to know that they aren’t alone in this journey and that it is absolutely okay. I get it. I really, really get it.

2 thoughts on “Embracing the Nomad Status” 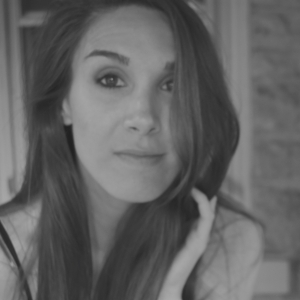 I’m Megan. Part globetrotter, part health-nut (unless there’s pie around. I love pie.), part a million other things.  I’m here to share my love of, well, the things I love.  Books, life, travel, whatever I’m up for talking about on any given day. So thank you for joining me! Oh and if you can’t find me, I’m probably on a mountain somewhere.